Hush Hush is thrilled to welcome back Seattle-based electronic producer Andrew Sutherland aka Secret School for his latest full-length album 'Ambergris,' his fifth release under the alias and his third release on Hush Hush since his re-location in 2014 to the Pacific Northwest from the East Coast.

'Ambergris' continues to showcase Secret School’s unique hybrid of ambient, neo-classical, IDM, and elegant house styles. The album’s title nods to its aquatic theme. Ambergris is a flammable substance produced in the digestive system of whales after years of eating cephalopods. It’s also been used to make the world’s finest perfumes. It is illegal in the United States, but elsewhere is worth more per ounce than gold. It’s both something the largest predators on earth cast off as waste and something extremely valued to those who find it. The word itself provided inspiration for the album with its literal invocation of something precious and beautiful, but also a rare ocean mineral. This imagery helped guide Secret School towards his latest exquisite productions that weave intricately detailed beats, pulsating rhythms, and warm atmospherics through an expansive, cinematic, aqueous landscape.

Sonically, the album embraces a duality between tender ambient moments and more regimented electronic beats. Secret School’s love of both dance music and ambient music is reflected in the record’s balance of spacious ethereal passages with more grounded kinetic songs. While both aesthetics are on full display throughout the record’s 51-minute journey, the music consistently carries a hopeful, poetic, and emotional tone that plays off as a score to Secret School’s own imaginary and intimate film.

The piano plays a foundational role behind every track on the record. For the first time as an adult, Secret School had an acoustic piano in the home shared with his wife and two children. This allowed him to constantly ticker away on prospective melodies and song ideas on a whim. Frequently recording these ideas on his iPhone, he’d transfer these preliminary sketches into Logic, re-recording his demos properly using microphones to begin fleshing out songs into full pieces. Drums were programmed to sound like waves and water spray, emerging and swirling in the stereo field, creating momentum to feel like a living, breathing creature. Similar to his preceding 2016 album 'Heal,' Secret School once again implements his own voice, as well as pads and strings, to accent and enhance his soundscapes with an organic human touch.

Carrying over from the music, its titular inspiration, and into its striking artwork is the album’s oceanic theme. Crucial to the album’s overall vision was the album’s midway interlude “Lanterns,” which features a field recording of Secret School descending stairs to the deck floor of a Washington State ferry to capture the sound of the wind through the rigging as it slips across Puget Sound. This aesthetic is reflected in the album’s cover photography, a stark but beautiful view overlooking the water at Deception Pass, a popular scenic park and strait located 90 minutes north of Seattle. The album is designed to be evocative of a place such as one that’s shown in the artwork - to smell like salt air, to feel
like cold wind, to capture the motion of water across a surface of waves. 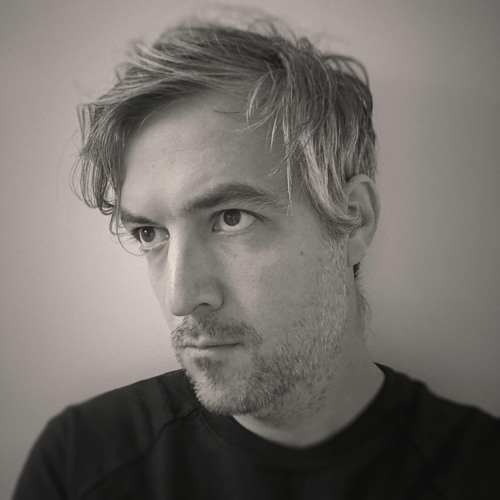